The Relationship Between Social Media and SEO. 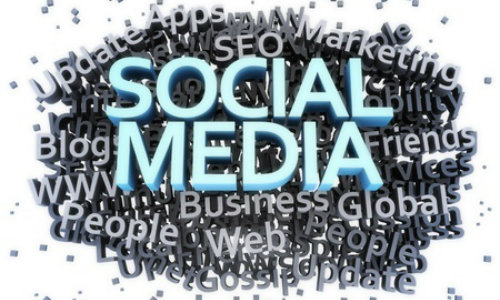 The Relationship Between Social Media and SEO

There has been much debate on the topic of how social media impacts SEO and a sites position in Google’s rankings. Debates such as this produce the same types of questions – Do social media page ‘likes’ or ‘follows’ impact site ranking at all? Also, how viable is an SEO strategy without the use of social media? The answer isn’t as clear cut as you might like and is dependent on a number of different external factors that I will explore below.

As you are likely aware, Google displays tweets in search results typically when the user is searching for news or recent important and commonly discussed current events. This gives Twitter an advantage in this respect as other social media posts are currently absent from search. Although this is the case, most tweets remain missing from Google’s listings if they are seen to be of ‘low value’. As Google relies on directories and other third-party websites when it comes to calculating your local rank, there can be somewhat of a knock-on effect with your social media efforts as many third party sites (such as directories) can use your social data (along with information from other sources) to improve your online visibility.  A small tip would be to make sure that your tweets include relevant hashtags and images that can be embed into the tweets which often results in higher engagement, particularly if indexed in Google.

The Role of Social Sharing

With the above in mind, you can’t help but ask yourself what role social sharing plays when it comes to impacting your websites position in search. Many people value social sharing and arguably for good reason, but just how important is it?  When it comes to factors such as this impacting your rankings in Google, the best way to think of the whole thing is to compare it to a jigsaw puzzle. One piece alone isn’t sufficient enough to form a clear picture just as one piece of ‘good SEO practice’ or just one ‘ranking factor’ alone isn’t enough to show Google the full picture in regards to your website. Google can measure data regarding how many users have utilised your on-site share buttons, but without ticking the rest of the boxes when it comes to your onsite optimisation, there isn’t a significant value in this data alone. Google’s Matt Cutts went into a bit more detail back in January of 2014 about the challenges that Google face when it comes to the indexing of social data. Although this may have changed somewhat now we are in 2016, it’s interesting to hear their stance on the subject. It’s also interesting that (at the time at least) Matt Cutts tells us that page ‘likes’ or ‘followers’ do not directly impact a website’s organic position in search. However, back in 2010 Cutts released this video which has conflicting information on the subject. This isn’t too much of a surprise as Google have tweaked their algorithm regularly and continue to do so therefor take this information with a pinch of salt.

An Indirect Impact from Social Media

In my opinion, social media offers a ranking benefit, albeit somewhat of an indirect one. What I mean by that is when you take a step back and assess the bigger ‘puzzle pieces’ such as inbound links, these play the biggest role when occurring ‘naturally’ from external sources linking to your on-site content. If you have high quality content and work on increasing your social following online, some of these users may find your content good enough to link to on their website giving you natural links facilitated by the proper use of social media. Again, I keep going back to the ‘Jigsaw Puzzle’ analogy, good fresh content being another key piece that is a requirement when it comes to improving listings in this way. The higher the quality of the content you put out to an ever growing audience, the more likely it will be to have someone link to your content from their blog/site if what you have posted has relevant and useful information. With this being the case, maintaining a high quality of content that you send out is again, very important.

Future Changes Regarding the Indexing of Social Media

It’s sensible to assume that in the future, Google will allow social media to play a bigger role in its search listings. This means more social media integration, not just Twitter and a handful of tweets as it is currently. Google have always said that fresh content holds a lot of value and what fresher content than that produced via real-time social media updates? Whether it’s a huge news story, natural disaster or any other type of significant event, we more often than not hear about it first via various social media channels.  If Google want to remain relevant in what is safe to assume will be an ever more connected future, it has to embrace emerging social media channels and their potential to provide more relevant and to-the-second information than compared to ‘typical’ sources which will have a far reaching impact in regards to how businesses can utilise social networks in the future.  It’s not too far-fetched to imagine a future where Google make use of new social networks that are at the forefront when it comes to producing live, relevant content such as Periscope. This along with Twitter being extremely current with its breaking news based on trending data and the ability to utilise 4G networks to bring live video and updates to users before most news websites (commonly indexed by Google) even know about it. It will be interesting to see how Google handle indexing relevant up-to-date content in the future, and just how that will impact businesses and their social strategies.

So to conclude, it’s safe to say that one of the biggest tangible impacts you can get from social media when it comes to ranking is to utilise it to get your content out to as many readers as possible in the hopes of receiving natural links back to your site. There’s no harm in continuing to encourage likes and follows in hopes that Google actually do use it as a factor when determining rank, even though it’s unclear where Google stand in this regard. Treat everything as a ‘rule of thumb’ and stick to best practices. Make sure that every potential ranking factor is maintained irrespective of whether or not it’s definitely something that Google factors in to search currently.