Which Social Network works best for your business? 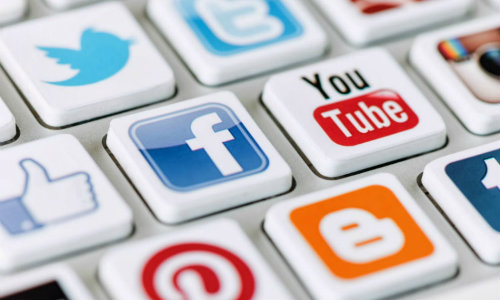 With the ever increasing number of social networking sites emerging online, it can be difficult to know which to invest your time and money into. It can also be hard to determine which of the sites offer features most beneficial to you and your business. Before making a choice, it’s best to assess a numbers of factors in order to identify which are most worth your time.
Knowing your audience
First things first – let’s think about who your audience is, and typically where they are likely to exist online. Generally speaking, some social networks attract specific demographics more than others. For example, Pinterest attracts a large number of female users under the age of 30 while Twitter attracts a more varied demographic, generally under the age of 50.
You will often think that you are one of many businesses offering similar services online and while that may be true, you likely offer something that others do not. To use an example from experience, if you offer hotel accommodation, many other companies may do this also but if you cater to corporate guests in addition to leisure guests for events, you can appeal to both of these groups by utilising different networks and even run separate promotions on those networks. You would find that for example, many younger users use Twitter – this group would typically fall under ‘leisure’ customers and for corporate guests, LinkedIn may be a viable option in order to reach that part of your audience.
You will also want to think about the location of your customers. Although Facebook is somewhat of a ‘no brainer’ with over 1 billion active daily users, other smaller social networks gain popularity in some parts of the world and become one of the ‘go-to’ networks in that region pulling large numbers.
An example would be if you are selling high-end computer hardware and wanted to advertise on a video game streaming site such as Twitch.tv, although this might be the most popular game streaming site in Europe and America, if you wanted to appeal to customers in China, you are likely better suited to www.panda.tv which is more popular in that area although unpopular in other parts of the world. Again, doing some research will help you determine which networks to go for when it comes to appealing to a more global audience.
Pay attention to trends
Social networks that currently attract a certain demographic may attract a different type of user a year or even 6 months down the line. Instagram and Snapchat both had a hard time being taken seriously when they first emerged but now that time has passed, an increasing number of advertisers and users have been active on those networks. All we have to do is look to the past with sites such as Myspace gaining and losing popularity to see how fast it can happen so staying tuned in to which networks are attracting certain demographics is essential to the longevity of your success on social media.
It’s best to keep an eye on which trends are occurring on these networks as you will want to strike before your competition catches wind of the fact that they are viable networks to have a presence on. As always, experiment around with trialing different promotions for certain parts of your demographic or even those in other parts of the world via social networking sites popular in that region with your target demographic.